KEY FLAWS THAT THE BLOCKCHAIN CAN FIX IN YOUR COUNTRY

Do you know right now as you’re reading this an anonymous developer somewhere around the globe is developing and testing a blockchain solution/innovation that can disrupt the traditional systems of doing business that corrupt individuals have thrived on?

Since its inception, the blockchain technology has proved to be a game changer and even a threat to governments,banks and middlemen business entities. However, that same power of the blockchain can be tapped to enhance and streamline key flaws in your country. It’s only a matter of time before countries embrace this double edged sword.

So what is the blockchain technology and how does it work?

Blockchain: is a public,decentralized and distributed ledger of transactions that records information in a way that it is difficult to modify,alter or hack.

Blockchain is a special type of database which collects and stores information in groups called blocks. A block is the smallest unit of of the blockchain. It’s the container that holds all the transaction details. Each block has a specified size (storage space).

Once a block is filled (achieves maximum amount of data/information it can store), it is chained onto the previous block. Then a fresh block is created to store more data, once filled it’s also chained onto the previous block. This creates ‘an ordered chain of blocks’ hence the name blockchain. The first block in the blockchain is known as the genesis block.

Therefore , a blockchain is resistant to any kind of modification of the data it stores because once a chunk of data is stored, the data in that particular block can never be changed without changing the identity (hash) of all the subsequent blocks. Just a small change in the data in one block will result in a drastic change in the identity (hash) of all the other blocks indicating that someone tampered with the data.

So in which sectors can the blockchain to fix flaws?

The blockchain provides means to accelerate the transfer of funds from one party to another even if its a cross border or s cross continent transaction. Transactions via a blockchain takes few seconds or minutes (2 minutes) to be confirmed while the traditional banking system takes hours or days (1-7) to get settled.

2. In Supply Chain Monitoring: the blockchain technology provides business enterprises with areal time method of detecting and spotting any inefficiencies within their supply chain.

It would enable the business enterprises to track and see how their products are performing from a quality control point of view as they transit from their place of origin to the retailer.

3. In Protection of Royalty and Copyrights: The blockchain can be used to beef up copyrights for digital content downloads ensuring that the creators of the content being purchased get their legitimate share.

4. In Digital Voting: the blockchain technology provides a transparent way of voting digitally where any regulators and observers would be able to see if the votes on transit were altered in a network. The immutability of the blockchain ensures the credibility,authenticity,integrity and transparency of an election process, ruling out any rigging or voting malpractices.

5. In the Transfer of Real Estates, Land and Digital Title of ownership: Since the blockchain takes paper records out of the equation. If it’s employed in buying and selling of properties (land,houses, vehicles and other assets). the blockchain would store all the information on it’s network. This would give a transparent view of the transfer as well as a crystal-clear picture of the trail of legal ownership. Thus eradicating any property injustices and the fraudulent acquisition of properties.

I hope you found this article useful and informative. For more information on matters blockchain and the digital economy, tune in in our next articles. 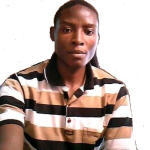